Now that we've come to an end of the creative part of the challenge, I can finally say this is the hardest one for me. I really struggled trying to come up with an (original) idea for a nail art. Some friends suggested to do ghosties, fangs, which I thought pretty cool too. But  somehow I just couldn't bring myself to do it. Maybe I just don't feel like it? No idea why.


Then an idea came to me, ouija board!


Seemed like a pretty cool idea, and easy to do. But I couldn't quite transform the idea on the nails :(. I've called a few of my mani as fail before, even though they were not too bad. But this one.. it's a complete fail. I almost didn't want to post it, and try to create another one, but what the heck! I am allowed to fail, and show it! :p 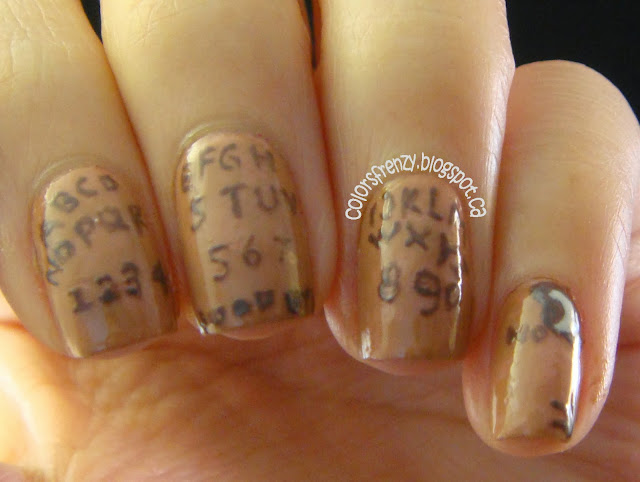 For the base, I did a saran wrap mani using OPI DUlce de Leche and OPI San Tan-tonio, but the effect is too subtle you can barely see it on the pics (fail!). The writing on the tip of my middle nail says 'good bye'. I figured you'll probably wonder wth is that? lol. My nails are so curved they hide some of the design I have on the sides. The letters & numbers were painted with OPI You Don't Know Jacques. 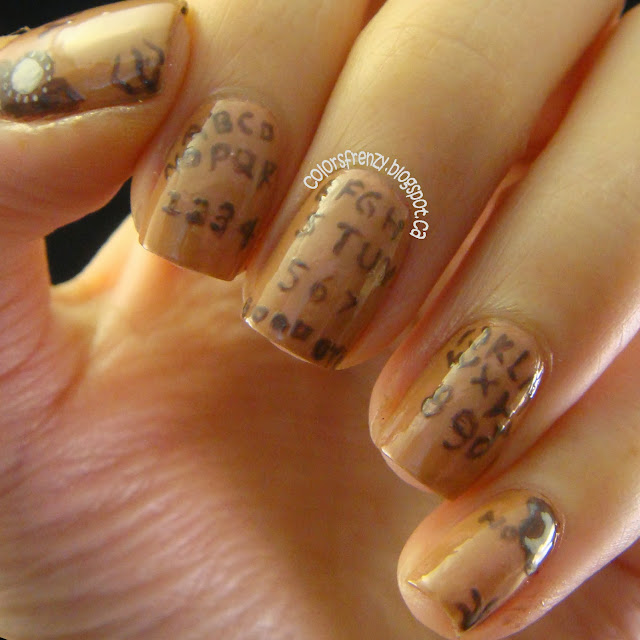 Overall, I don't see anything good from this design at all. If I ever gonna do this challenge again, I'll be sure to think of an idea way ahead of time!

Email ThisBlogThis!Share to TwitterShare to FacebookShare to Pinterest
Labels: 31DC2013